Airport Terminals: The Good, the Bad, and the (Really) Ugly

Frommers.com, who is renowned for their travel guides and rankings, released a ranking of the World’s 10 Best and Worst airport terminals.  The criteria was based on cleanliness, timeliness, and ease of access from the airport to the city center.Some of the infamous terminals should not be a surprise to frequent travelers.

Most notable, or should I say infamous, is Terminal 3 of New York’s John F. Kennedy Airport, which was named the worst.

Other terminals within the US that made the notorious list include Terminal 5 of LaGuardia, Terminal B at Newark Liberty International, and Chicago Midway.

My favorite line from the article is one traveler’s remarks on Newark’s Terminal B during a weather delay:

“There weren’t any seats, people were sitting on any available floor space, and the bathrooms looked like the aftermath of a Giants-Cowboys game.”

I had the pleasure misfortune of connecting through LaGuardia Terminal 5 this past year, and noticed it was rather lacking in some areas.  I would describe it as a little shabby, with very few places offering anything to eat, and a SkyClub that was filled to the rafters.  In addition, it is the only airport terminal I have ever seen with a bar in the middle of the gate area.  I am not opposed to this, (maybe it adds something) but just find it odd that there is no attempt at separating it from the gate area, particularly from minors. 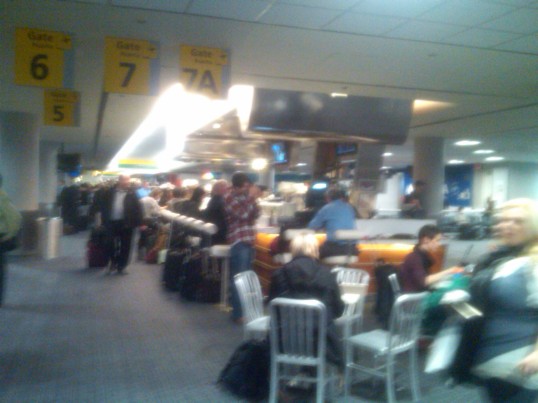 In contrast to the worst locations, the best terminals sound like exotic, aspirational destinations.  The Hajj Terminal at King Abdul Aziz International Airport in Jeddah, Saudi Arabia-which won an award for its design from the American Institute of Architects, came in ranked #1.  And how much more exclusive can you get than this:  Since it is solely used during the Hajj, when millions of Muslims from around the world make their pilgrimage to Mecca, it is only open 6 weeks out of the year. 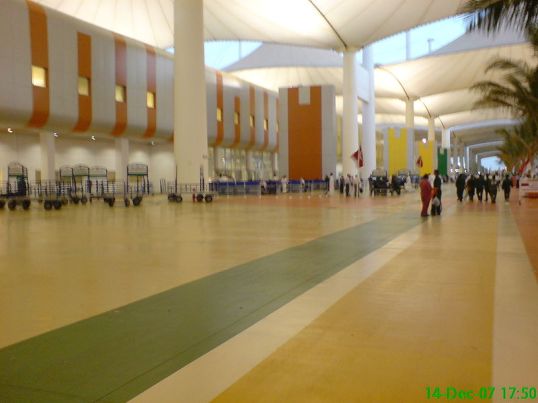 Just reading this report makes me want to visit Iceland, solely to visit the #2 terminal on the list, the awesomely named Leifur Eiríksson Air Terminal in Keflavik.

“It’s Iceland’s cozy, little international airport looks like it arrived in a flat pack from Ikea.”

I don’t know why, but that sounds incredibly intriguing.  Who doesn’t like all things IKEA, anyway?

And it sounds like it’s not just the terminal itself, but the location.  The terminal boasts “all blond wood and volcanic-looking stone with big windows looking out on the dramatic Icelandic landscape.” 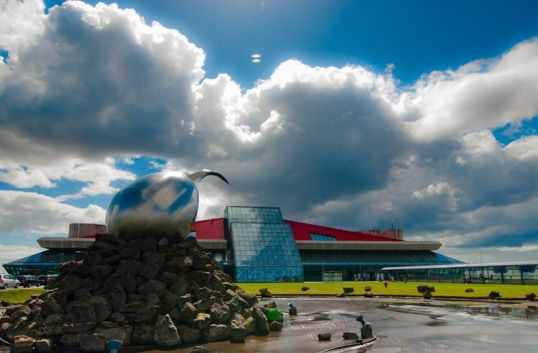 I want to go to Iceland now!

One thought on “Airport Terminals: The Good, the Bad, and the (Really) Ugly”