My last full day in DC I decided to use the Capital Bikeshare—with better results this time, to bike down Embassy Row near the home of the Vice President, the U.S. Naval Observatory.  In fact, I even had a couple people ask me for directions while using the bike, thinking that I was a local!

So I took the Metro to up to Woodley Park and found myself biking along Nebraska Avenue, where I saw this rather inconspicuous building:

The way  you hear about the Department of Homeland Security in the news all the time, you would think the headquarters would seem a bit more commanding and fortified, but I guess not.

I continued on toward Embassy Row, while stopping in front of the U.S. Naval Observatory.

US Naval Observatory and Master Clock

Just past the Observatory is the area on and around Massachusetts Avenue known as Embassy Row, home to the embassies of for over 50 nations.  The neat thing is how no two embassies look alike and reflect their nation’s heritage. 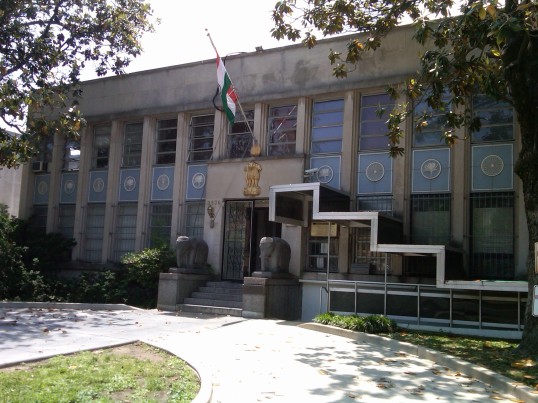 I biked all the way down to Dupont Circle then took the Metro to the National Building Museum, near Judiciary Square.  In my opinion though, the building itself was more interesting than the museum: 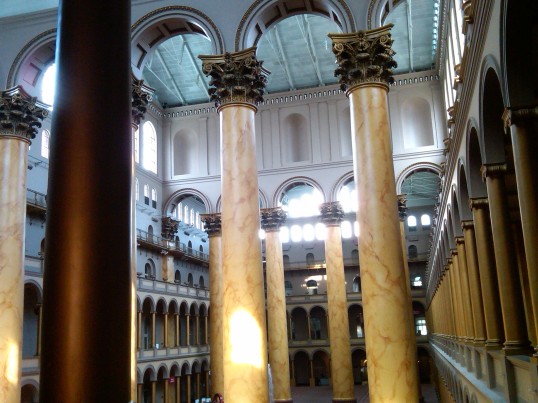 I decided to visit the National Mall one last time and biked around there for a little bit. 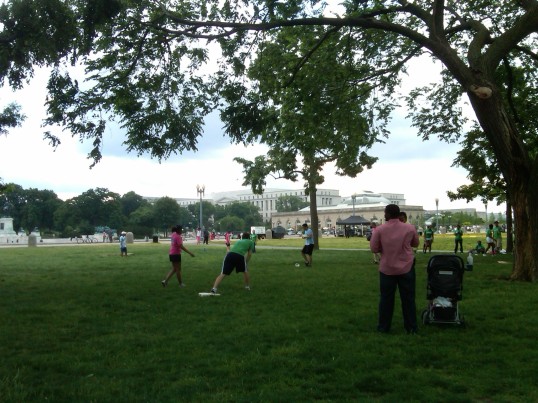 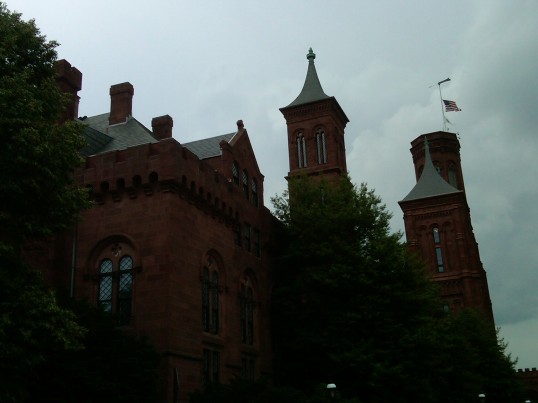 Following my stroll around the nation’s lawn, I headed over to the National Portrait Museum before it closed.  Thanks to my biking knowledge and (little) skill, I was able to make it over to the museum in 10 minutes.

I was going to eat at Zola–the restaurant above the International Spy Museum, but it was closed for an event.  Grr… So I changed plans and ended up having dinner at a brewery nearby, before heading back to the hotel to pack up for the next day.