I posted Friday morning of my trip that I was headed out for Clearwater Beach.  However, what I did not realize is that my plans would end up getting diverted, at least for a day.  I was supposed to pick up a rental car at noon, to drive the 35 minutes or so from Tampa to Clearwater.  Long story short, some delays (mostly on National’s end) on getting the rental, switching hotels, and having a dinner reservation that night (at Bern’s) meant that I didn’t have a whole lot of time.  A number of my readers had highly recommended Clearwater Beach so I put it off for a day, to be able to enjoy it more then.

Reader Natalie recommended Honeymoon Island as a quiet place with lots of seashells, so I decided to give it a go for a little bit.

As I was driving on to Island, I got a little worried when I saw this sign:

I got a little anxious on two levels.  First, like Indiana Jones, I absolutely hate snakes.  Second, the area where I live in Eastern Washington is rattlesnake country, so I thought it was a little ironic to go clear cross the country and find them where I didn’t expect any to be.  It is South Florida, so I guess I shouldn’t be surprised to find them down there.  And it didn’t turn out to be a problem for me when I was there.

I should also note that there is a small entry fee,  (~$5) but not too bad.  There is a visitor’s center with bathrooms, but I didn’t really go in. 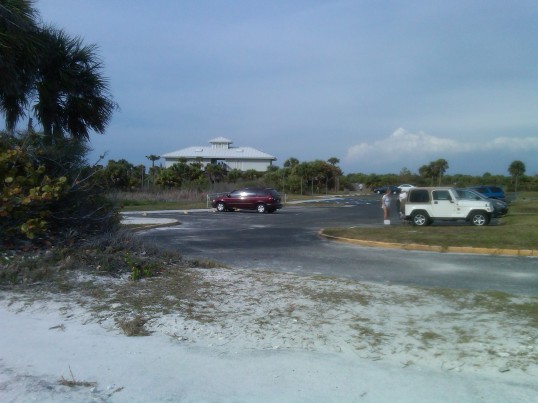 As soon as I made it on the beach, I realized the beach was indeed littered with tons of sea shells:

Sea Shells by the Sea Shore

There were a few folks up and down the beach, but it wasn’t super crowded.

The water was inviting, and there were even some folks using a surfboard with a raised handle bar. 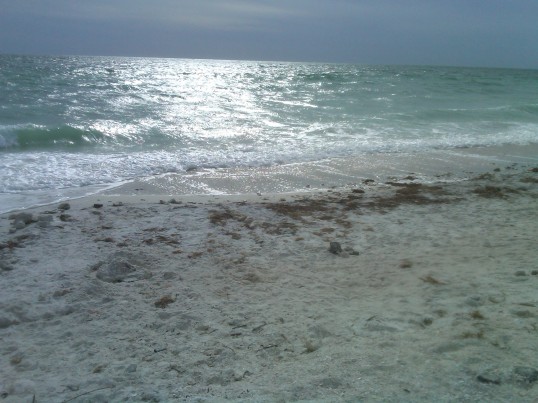 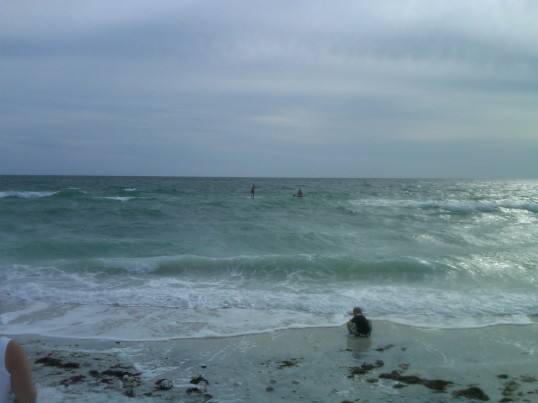 The beach was peaceful and nice, but Bern’s was the day’s main attraction for me, and my stomach new it…