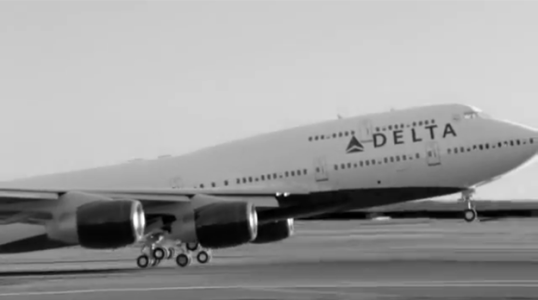 BACKSTORY
Back in March, I posted about the rumors of Delta overhauling their SkyMiles program into a revenue-based system.  I argued that Delta miles are already referred to as “SkyPesos” for a reason, and felt that this policy would be-humanizing because you passengers would become the rate they pay.  I was then humbled when I received kudos on FlyerTalk for this post.

In fact, it may be helpful to read the FlyerTalk thread my post, and Brian’s post to understand the major disadvantages of such a system.

DELTA’S CHANGE
Well, I am quite frankly afraid Delta may be taking another step down that road.  As of September 1, 2012, special or so-called “unpublished” fares will earn miles at a reduced rate, (see below) for both redeemable and Medallion Qualifying (elite) miles.  These fares are usually purchased through an agent, a third party, (i.e. Hotwire) or are part of a group rate.

Also, special and unpublished fare tickets will not be eligible for bonus miles or MQM promotions.

TERMS & CONDITIONS
Delta’s policy goes into effect September 1st, for travel booked on or after this date.  So if you booked unpublished travel now for September or later, you would still accrue mileage on these fares at the normal rate.

According to Johnny Jet, Delta will implement this policy as such:

“Unpublished fares, when ticketed, will be matched with an account’s ticket designator, resulting in the adjusted mileage accrual rate.”

ANALYSIS
I making this move, Delta may be ultimately be taking a step in the wrong direction.

First, Delta is losing something quite unique about their program:  Unlike United and American Airlines, full mileage could be accrued on these special fares.  While Delta has been lambasted for their broken award booking engine, declining number of meaningful partners and cheap miles, it was a unique selling point for the program.  I guess all good things must come to an end.

Second, making earn rates dependent on the fare (and by extension cost) is the first step in implementing a revenue-based loyalty system is having.  Which is exactly what Delta is doing in this case!

Sure, unpublished fares form a small subset of Delta’s inventory, but who’s to say they would stop here?  All loyalty programs are starting to look for creative ways to get miles off of their books, and giving out less is a good way to start.

NOT JUST DELTA
And finally, I don’t think this is just a Delta problem.  The fact that Delta is not the first to adopt this policy is a bit concerning.

I have heard rumors that much of the airline industry may be headed to a more revenue-based system.

Airline loyalty programs started out in the 80s as a marketing strategy to fill planes. Since then, airlines de-regulations, mergers, the ease with which can earn award miles have pushed airline capacities to the max.  Naturally, award capacity controls had to be introduced to keep the airlines profitable.

But this still doesn’t change the capacity, and the economic downturn is driving airlines to squeeze out every penny possible.  Now I will admit I am no economist or business analyst, but it seems that one of the solutions to doing so would be to limit award tickets by making it harder to redeem.  In other words, there is a higher cost, because of greater demand.

Therefore, it seems fully plausible to expect three outcomes:  Devalued award charts, decreased earning potential—at least for flight activity, making long-haul award more expensive by pricing them based on how much the paid fare would be.

CONCULSION
The fact Delta and others have taken the first step toward a revenue-based system should cause some apprehension.  We are already seeing this full-blown revenue-based model from programs like Virgin Elevate and Southwest Rapid Rewards, and unfortunately many of the other airline programs may soon follow suit.

Tip of the hat to JohnnyJet and ThePointsGuy.