You’ve selected your flight, and  may have even purchase a seat with added legroom and recline, such as Economy Comfort.  But how do you know if you picked the right seat?  What if your seat is right behind the lavatory, isn’t actually an aisle, or has limited recline?

That’s where Seat Guru is very useful.  Seat Guru provides detailed, color-coded graphics on aircraft configurations, seat features and amenities.  Personally, I have used it for a while, even before I was a points junkie.

So let’s suppose I were planning to fly on American, from Seattle to London.  In searching American Airlines’ website, I find that there is a direct flight, although it is operated by British Airways: 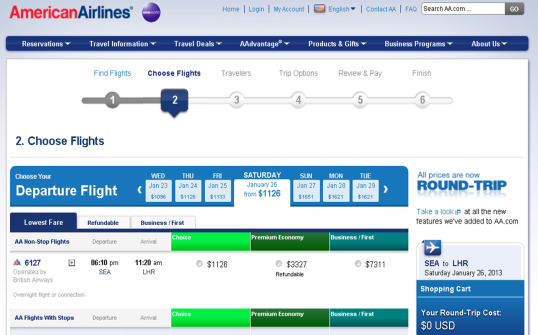 Since it is a codeshare flight, clicking on the AA’s seat may may not necessarily yield any results, which is where Seat Guru comes in.  Since we know the American Airlines Flight number from our search, but not the British Airways Flight number, we can use that for our search.

Select “American Airlines” and enter “6127” for the Flight Number: 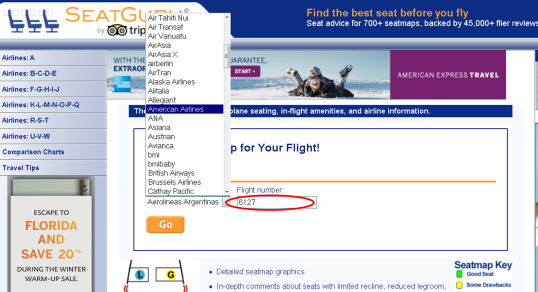 After doing so, the results screen comes up, which shows a couple of published schedules.  An airlines schedule on a particular flight varies some from time to time, thus we see the three different options. 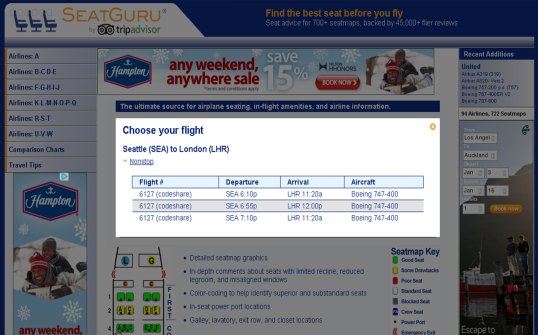 Generally selecting a similar flight with the same number isn’t a problem, but I have seen an airline fly one aircraft on a specific route/flight number one day, and on a different aircraft the next.

After clicking on the specific flight that we want, we see the seat map, with the aircraft information at the top.  It has the pitch (leg room) and seat width for each class, in addition to listing the number of seats in each class.  What I find most useful here, is the list of in-flight amenities, such as Video/In-Flight Entertainment, AC Power (seats marked with a dot), and Food. 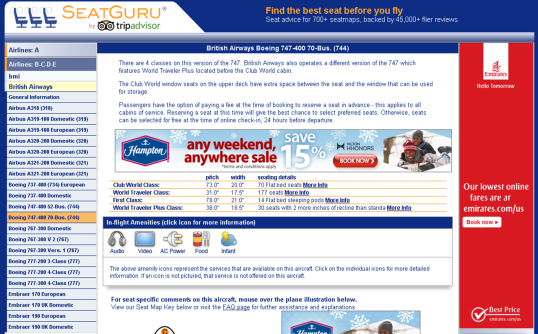 Further down the page, Seat Guru shows the aircraft seat configuration from front to back.

It may be pertinent to point out the Seatmap Key at this point.  Most seats, as you can see above, have either Green (good), Yellow (ok–some issues) or Red (major issues) highlighting. 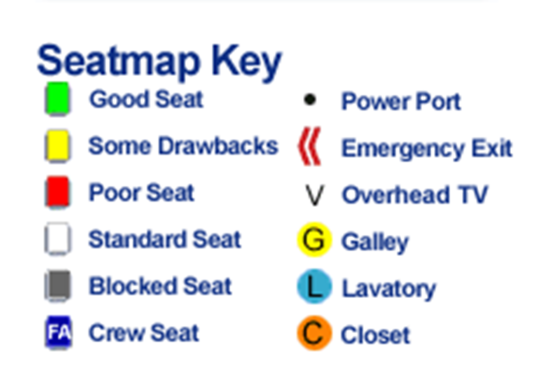 If you hover your mouse over a specific seat, the comments for that seat or group of seats will show up.  For example, if you place your mouse over row 28, you will see these seats have extra legroom.  Or, as is shown below, we see that while row 36 also has extra legroom, its location close to the lavatory and limited floor storage space may be bothersome. 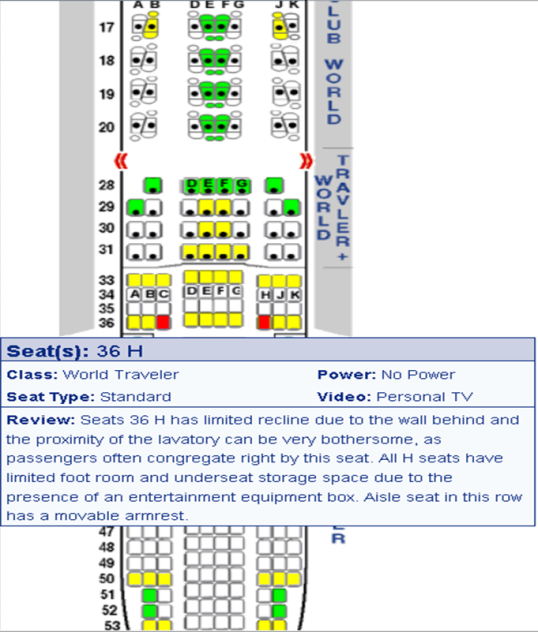 Usually “red” seats will have limited recline and foot room.  Anyway, as you scroll down the page you can see rest of the aircraft configuration, including the Club World (Business Class) upper deck: 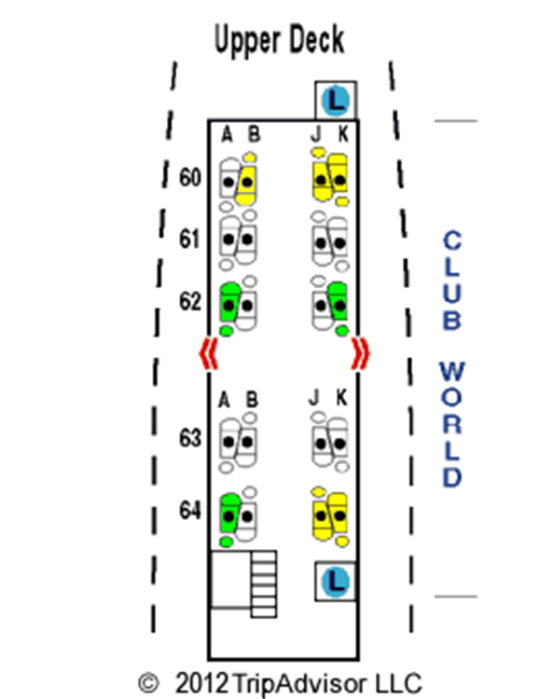