Predicting the Top Travel Trends in 2017

With 2016 coming to a halt, our staff at Point Me to the Miles decided to gaze into the Crystal Ball to predict the Top Travel Trends in 2017: 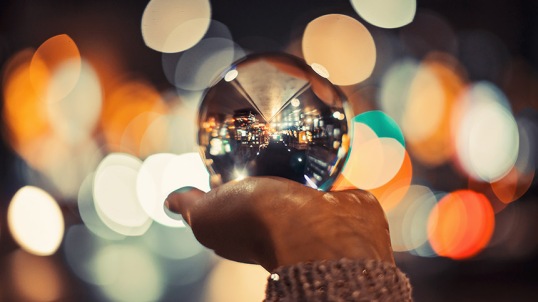 1.   A Strong Dollar Means It’s Still a Great Time to Travel Abroad for US Citizens

At the time of writing this post, the US Dollar continues to be competitive against the Euro (€1 Euro = $1.05 US Dollars, or nearly 1:1) and fairly strong around the world.  While there is some speculation the the greenback (US Dollar) may begin to plummet a little bit, 2017 will be a great (and relatively cheap) time to travel abroad, especially Canada, Europe, and South Africa.

2.  Lower Airfares Will Still Be Available

While we would love to forecast mistake fares for the coming year, human error can be awfully unpredictable.

That said, back in April 2016, American Airlines announced that they expected airfares to continue to be relatively low into 2017, and so do we.

A helpful website for seeking out low fares is The Flight Deal, and can be filtered by origin, destination, and even airline.  Keep in mind that these fares may have restrictions that apply, such as departure dates and minimum stay requirements.

If your plans are not as flexible, it may be beneficial to search using Online Travel Agencies (OTA) such as Priceline or Kayak  (our favorite) then compare to the carrier’s own website.  A carrier’s own website may often have the same or even the cheapest fares, and booking through them can make for a more seamless experience, not to mention allowing for some elite status perks.

With the uptick in the economy, more and more folks are flying these days.  In fact, the Federal Aviation Administration (FAA) expects the total number of people flying commercially on U.S. airlines to increase to 1.2 Billion by 2032.  Furthermore, the number of people flying worldwide is anticipated to reach 7 Billion in the same time frame.

In the short term, this will surely make for higher capacity on airplanes and more delays.

In the last year Air Canada has made some intriguing partnerships, with  Virgin Australia, and as well as now Cathay Pacific.  This seems to be a recurring trend, and it wouldn’t be surprising to see the trend continue into 2017.

Another recent, albeit unfortunate trend has been frequent flier program devaluations.  We haven’t seen a major one to a domestic carrier since American Airlines did so back in March 2016, but another such devaluation should be on the radar of savy travelers everywhere.  Keep in mind this means that if anything your miles and points depreciate (or even expire), and don’t appreciate in value.

The domestic airline business is very a copycapt business, and it’s almost comical (if not sad) how United has copied Delta’s frequent flier program changes, especially when it comes to requirements to earn/maintain elite frequent flier status as well as changes to earning miles on flights.  It wouldn’t surprise us in the least to see more of the same in the coming year, especially from American Airlines.

Back to the positive side of things, airlines are increasingly revamping their airline interiors, or featuring even more exotic products on entirely new aircraft, such as what Singapore Airlines and Delta Air Lines plan to do with the Airbus A350.

It’s even more exciting to envision the future of aviation thanks to CNN, starting with 2017.

While frequent flier programs have consistently raised the cost to redeem your miles or points, conversely it has only become easier of getting them thanks to rewards credit card sign up bonuses.  In addition some great benefits, the Chase Sapphire Reserve Card currently has a sign-up bonus of 100,000 points after spending $4,000 in the first 3 months of opening the account.  (Million Mile Secrets has some great tips to meet Minimum Credit Card Spend Bonus Requirements)

DISCLOSURE NOTE:  At the time of writing this post, I am not acting as a representative of any credit card issuer, and do not receive any referral benefits or bonuses for the credit cards that I mention.